National Endowment of the Arts Grants for Arts Projects, 2022

Playwrights Foundation enthusiastically recommends this play, WOMEN OF ZALONGO, as a Semi-Finalist for the Bay Area Playwrights Festival 2020. We were moved by the quality of the writing and the relevant and compelling themes that spoke to the mission of our festival. It excelled in a competitive process of 735 plays submitted this year and rose to the top after a six month long process discussing its merits with both national and local Bay Area readers, and we hope it moves swiftly towards production.

Women of Zalongo was funded for a development workshop in August 2021 by The Basil P. Caloyeras Center and CSUF’s Office of Research and Special Projects Grants. The clip below is an overview of the project.

Please email [email protected] for more up to date information.

Women of  Zalongo , parallels  the  ongoing  cycle  of  intergenerational trauma  in  Angie’s  Greek  family.  Past and  present  intersect  as  the  women  are  called  to  finish  what  their  ancestors  began  200  years  ago  at  the cliff  in  Epirus,  Greece  when  they  resisted  enslavement  by  the  Ottoman  Empire  (Dance  of  Zalongo). Greece’s  secret  history  and  long  considered  myth  is  unpacked  beginning with her mother Charis  whose  short term  memory  diminishes  and long  term  memory  surfaces,  revealing  decades  of  trauma,  swept  under  the rug.  Balkan  music  and  dance  intertwines  the  women’s  parallel stories  revealing  the  ongoing  fight  for  the power  of choice and the cost of the truth and lies while still honoring the past.

The play vacillates between the early days of the First Balkan War (1912-1915) to present day. It requires minimal or no set and minimal furniture. Time is fluid. The play examines the relationships between the women in families and how trauma is passed down family lines until someone is ready to heal it and stop it from happening again and again.

The cast  consists  of  10  women and  1  man. The ages of the women are :1 Female 60-80’s, 4 Females 40-60’s, 4 Female 20-30’s, 1 Female (appearing) 10-16, and 1 Male 40-50’s (plays multiple roles). The style and structure of the production borrows from classic Greek plays, opening with a prologue, using the theatrical conventions of addressing the audience, Greek chorus and prologue with contemporary language against multiple time periods. Costumes help to differentiate the Old World from the Present World.

Initially, the play was inspired by my Yiayia, Helen Raftis Donlou’s stories about her occupation in Turkey during the First Balkan War, 1912-1915. The second source of inspiration comes from the 1803 Souliotises Mass Suicide, the historical framework of the play. At the cliffs in Epirus, Greece the women refused to live a life enslaved by the Ottoman Empire and jumped off the cliffs with their children seeking freedom in the afterlife. The tragic event has been commemorated by the Dance of Zalongo, which was taught to Greek school children and the 42 foot high white stone sculpture, Monument of Zalongo, by George Zongolopoulos, 1961, which sits at top of the hill where the women jumped. Many painters also depicted the event throughout history. Lastly, the play is inspired by the ongoing fight for women’s rights to choose and the ability to live free from oppression, abuse and violence. With this hope, it celebrates the contemporary women, immigrants from all cultures who carry on this legacy of heroism, every day.

MARIA COMINIS (Playwright) lives, works and creates in Los Angeles and Orange County, California. She holds an MFA in Theatre and an acting professor at CSUF. She is an accomplished actor in both theatre and television and a published author. Her books include: Production Collaboration for the Theatre: Guiding Principles for Routledge, ’22 and Rehearsing in the Zone for Kendall Hunt, ’20. Television Credits include New Girl, Desperate Housewives, All My Children, One Life to Live. Theatre Credits include: Bernarda Alba, The Diviners, The Sea Gull. She is the recipient of the National Endowment of the Arts Project Awards Grant, ’22 for her play, Women of Zalongo as well as multiple Intramural grants from CSUF. Theatrical and Commercial Representation: Minc Talent Agency. 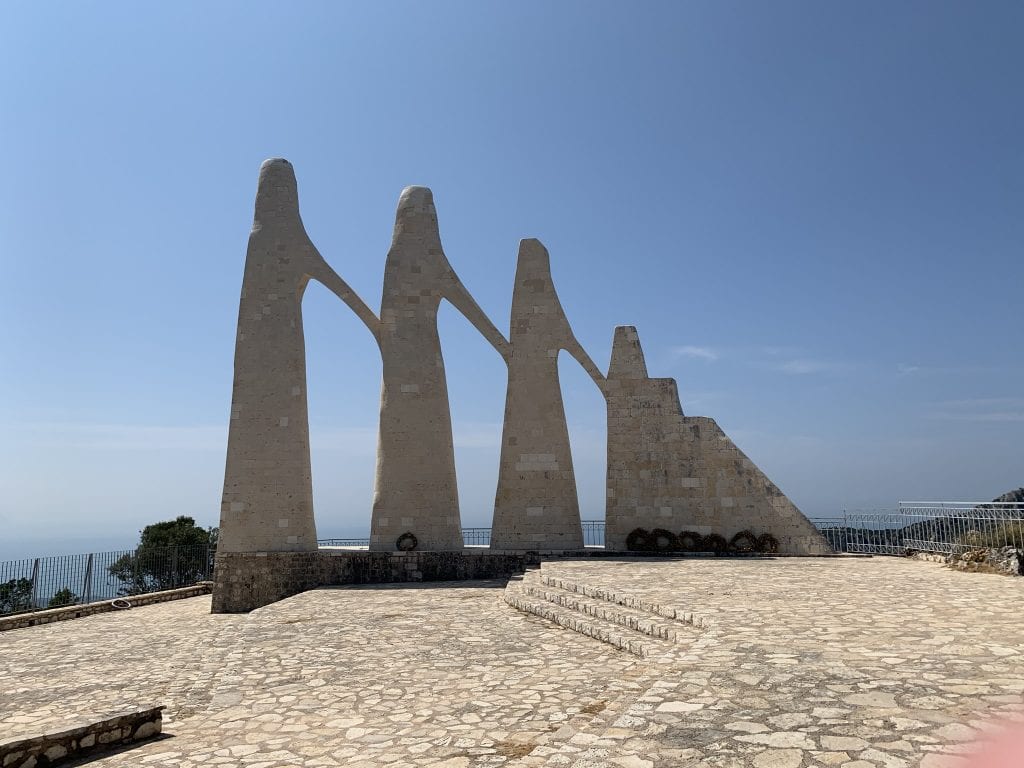